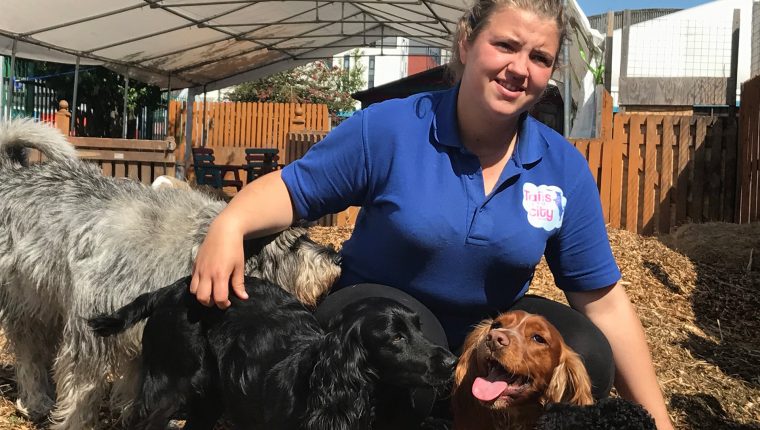 Are you doggy literate?

A report published in last month’s edition of Royal Society Open Science suggests that humans are pretty good at deciphering dog growls.
In recent years, there has been a lot of research into how well dogs understand humans but a recent study conducted by scientists at Eotvos Lorand University in Hungary focussed on the opposite – how well people understand the language of dogs.

The experimenters recorded the growls of 18 dogs in 3 different scenarios: guarding their food, confronting a threatening stranger, or playing tug-of-war. They then played the growls to 40 human volunteers, asking them to say whether they thought the dogs were being aggressive, playful or experiencing fear.
What the study showed was that the human subjects could easily identify playful growls but were also pretty good at differentiating between threatening growls and food-defending growls.

The research also showed that women were better at men at telling the difference, probably because generally women tend to be more skilled at reading emotions.
Staff at Tails in the City confirmed that they too could spot a friendly or an aggressive growl, probably due to their extensive experience of dog handling.

Becky (pictured), who has worked at Tails for 2 years and has 2 terriers of her own, added that a dog’s body language is another area that gives vital clues to a dog’s emotional state.
Aritz, who also works at Tails, explained that in his experience, playful growls tend to be clipped, high pitched and come in short bursts, whilst growls at strangers or defending territory are usually long and low.
How about you? How good are you at telling what mood your dog is in?